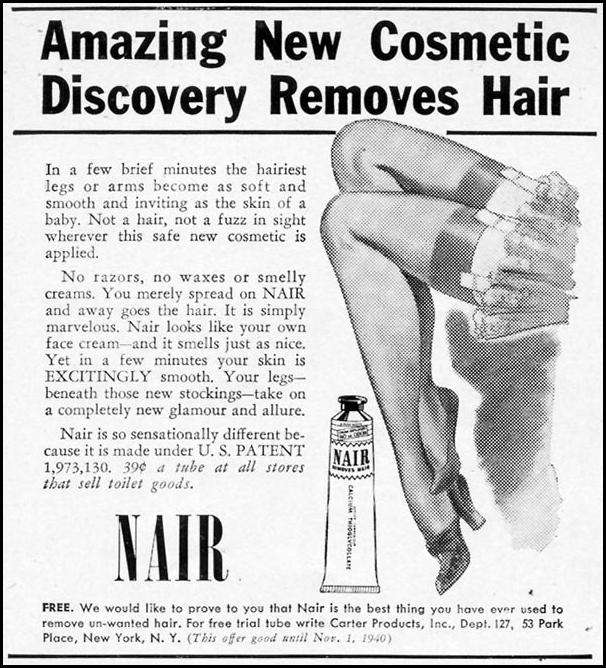 Chalk it up to Harper’s Bazar, who in May of 1915 introduced the latest in sheer and sleeveless gowns.  The first ever ad for women’s shaving instructed “Summer Dress and Modern Dancing combine to make necessary the removal of objectionable hair.”   Soon after, “The woman of fashion says the underarm must be as smooth as the face.” Only 10 years before, the word underarm itself had been taboo.

In 1922, Gillette introduced the Woman’s Décolleté Safety Razor in Sears Catalog.   The boudoir razor was introduced to spare women from the rigors of the male shaving routine.  These razors were tiny compared to male counterparts.    Still manufactured into the 1940’s, one brand,  Kewtie, came in a pink shell case and is smaller than most women’s pinkie fingers. Another, Daisy, claimed to be the razor of Hollywood Stars, and was conveniently shaped like a lipstick. Because, really, what woman doesn’t want to carry a lipstick shaped razor in her purse, just in case a hair grows during dinner.

In addition, women were just as likely to use a pumice stone or cream to remove hair.   Leg makeup became essential as silk disappeared for the war effort, which made shaving legs a requirement.   And, with wartime rationing, hemlines climbed to almost the knees.   Interestingly, though, one ad instructs the wearing of footies in peep toes, though, because no one wants to see your bare feet.

But, did everyone shave, or was it limited to high fashion and movie stars?  After I did some research on shaving, I went right to the source and asked my 80 year old grandma if she remembered shaving growing up.  She said no one shaved on the farm.  Then, I looked at photos from the other side of the family, who lived in downtown areas.  There, I found pictures of family members basking on the beach / lake, clearly shaved.

You probably don’t want to try to shave with an original Kewtie Razor, but for those 1940’s glam legs,  check out our article on Leg Makeup. 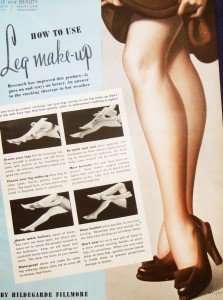 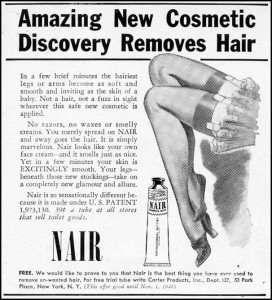